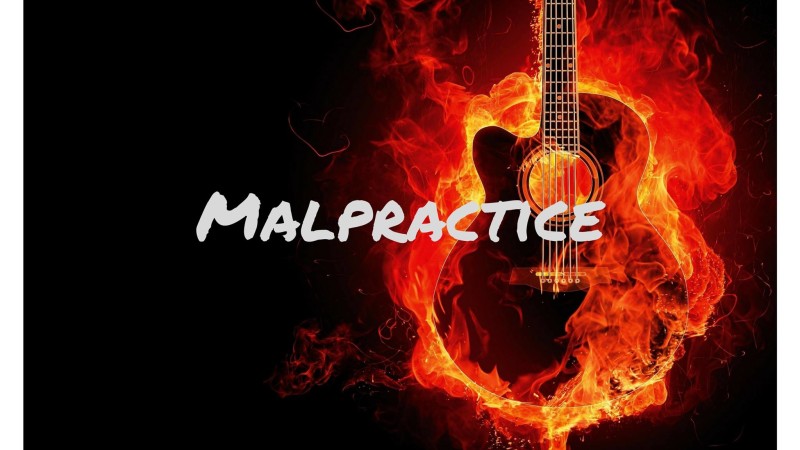 Malpractice started in 2012 as a duo – an attorney, Mike Goldberg and a doctor, John Mason. The name makes sense now, doesn’t it? John played acoustic guitar and sang, while Mike jammed on his electric guitar.

They were non-traditional in that they played the music they liked – and hoped the audience would agree. (They did.) Key influences included Pink Floyd, The Kinks, Buddy Guy, the Beatles, Cream, The Doors, R.E.M., Pearl Jam and many more.

Opportunities for bigger gigs emerged, so the group grew from two to six. The musical influences expanded, too, with the introduction of additional musicians and singers.